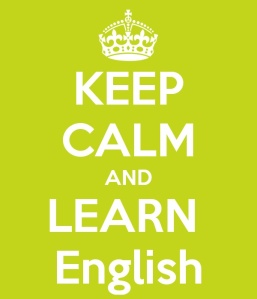 A Philippine Information Agency top aficionado for campus journalism had always been emphasizing that when you write in English, don’t think in Filipino for this language nuance markedly affects how we translate. It is, I believe, one of the prime reasons why we Pinoys, though tagged as good English speakers and as we pride the mastery of the language, still make mistakes. Other reasons might be rooted from the Facebook age and others just through time.

It took me courage to blog about this. I’m no perfect at this. I am not one of those Grammar Nazis  who ‘freakishly and/or annoyingly use their powerful understanding of and compliance with grammar and to attempt to “correct” others, usually the blissfully-oblivious-to-the-outside-world members’. I’m sure you can notice some errors in this very writing and you are more than welcome to spot and highlight them.

This is my own version of the sensationalized common-mistakes-in-English-of-Filipinos like those streaming on everywhere. Some are common and some are not.

It’s money. We’ve learned that apostrophe-s is possessive, as in Jaime’s girlfriend, and we think that it also applies to the usage of it. “It’s” is a contraction of “it” and “is“. The possessive form should be “its“. I just thought of this when a friend asked me yesterday about the differences among “their“, “there” and “they’re“. We Filipinos are fond of using unnecessary apostrophes. Some even use it to pluralize nouns especially Proper Nouns, as in “I saw the Guerrero’s yesterday.”

Enforcing traffic. “There are many lazy traffic enforcers in Iloilo.” I find this a misuse on the context of syntax or the way in which words are put together to form phrases, clauses, or sentences. Traffic is controlled and regulated with the help of traffic rules, traffic lights and traffic police or officer. Traffic is not enforced. Traffic rules are.

And I quotes. As a writer (not so long a time), I find it confusing how quotation marks are used. Here’s to break it down gently.

Healthful kid. “Stop eating fried pork and processed goods because they aren’t healthy foods.” How can something be healthy if it’s lifeless? Healthy is to vigour. Healthful is to benefits. Therefore, if we talk about something beneficial to our health, we use the word “healthful” instead of “healthy“.

Most redundandest. At times, we unconsciously use this to give emphasis on the use of comparative and superlative forms of adjectives and with our peculiar fancy of combining it with our native language, as in “pinaka-the-best” or “pinaka-latest”. Double superlatives. It is redundancy. On the other hand, the use of “more” with adjectives that end in “y” is also acceptable so long as the original form of adjective is retained, as in “more pretty” or “more handsome” (though handsomer and handsomest are both correct), as best supported by poetic license. And there is no need to use “more” if you are already “prettier” than your sister.

An unicorn. This is more of just refining the rule we’ve grown up with that nouns and verbs that start with the vowels (a,e,i,o,u) shall take the article “an“. I was once caught unprepared when my student promptly asked me why are the words “unicorn” and  “university” used with the article “a” thereby contradicting the rule stated in the book. I guess, what better way to explain it to learners is that the basis of the article usage must be in accord with phonetics and not the spelling.

Fill out the bottle. The meaning of a particular word changes depending on the preposition attached to it. “Fill” alone means “to make something full” or “to spread all through“. If we attach prepositions, they become phrasal verbs, as in “fill in“, “fill up” and “fill out“. We will fill in the blanks. We fill out the application form. We fill up the glass with water.

Five meters are long. Phrases referring to measurements, quantities and amounts with a plural form are thought of a single thing and those considered collective, have singular verb, as in “About ten thousand miles separates Iloilo and Bicol.” or “The sixty thousand pesos you gave Mama was soon spent.”

Alrights. Filipinos are avid supporters of the creation of compound words, as in the word “in love“. Some use the term “inlove” and “inlab” through texts. For formal writing, “all right” is the most acceptable one instead of “alright”.

A Philippines. We use “the” before Philippines but why not in Japan and Korea but with Bahamas and United Kingdom? Because it’s more fun in the Philippines! Kidding. There is just this rule about identified countries used with this coveted article. On my own analysis (?), countries that end in “s” and countries with more than one word usually take “the“, as in “the United States”, “the Maldives”, “the Kingdom of Saudi Arabia”, “the Netherlands” etc.

The title might sound negative. But that’s the reality of English in the Philippines. My heads ache now. Have to go home now and catch Z’s. There are many other misused expressions. These are just among my favorites based on my own understanding and feel free to add more. You can post it as comments here-under.