This Beijing trip is not really on my bucket list. But, because of some misfortune I would not like to hash over in the second quarter of this year, I decided to get in this trip without wincing.When you finally decide to visit China, make sure to consider the following: first, be sure to not hesitate spending your money because every destination has its own strategic way of earning something from the tourists, and for you it means, bankruptcy if you let them get into your pockets; 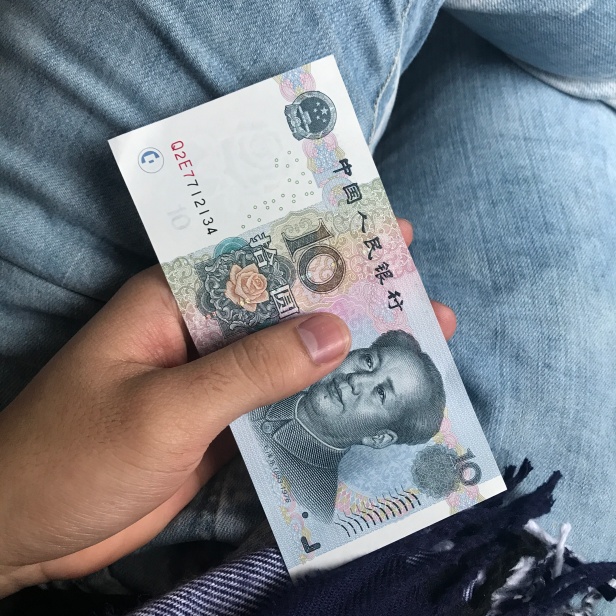 and second, take a tour package as it is cheaper, more convenient and hassle-free. Imagine six million people on tour in Beijing. If you are brave enough to face their non-English speaking and never-been-to-any-hospitality-management front-liners kingdom, do the DIY. In our case, we had Royal Kites as our official travel operator. So, yea.

But if you can not, try to follow me. 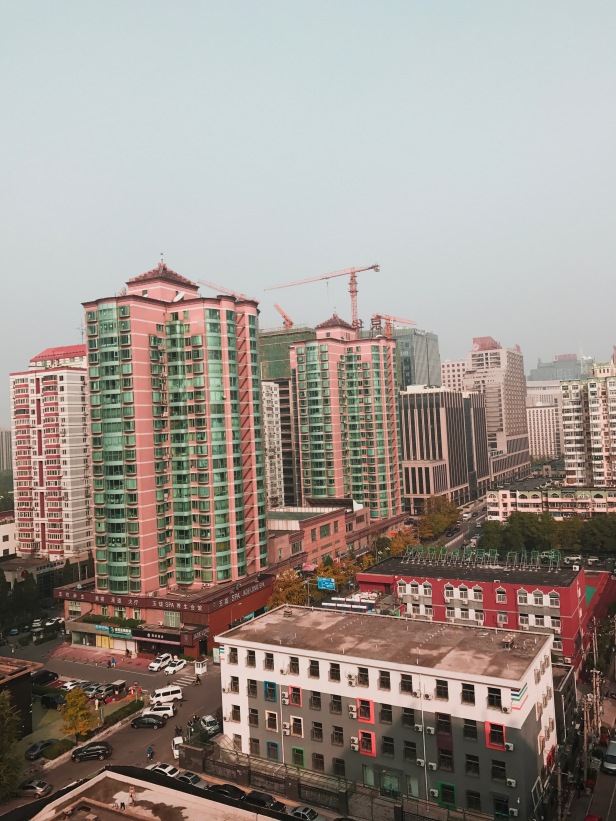 Beijing urban bustle to introduce the must-see places when in Beijing, China.

We arrived in this place past six in the evening so I did not get so much time and energy to enjoy. This is the place where you can haggle at your best. 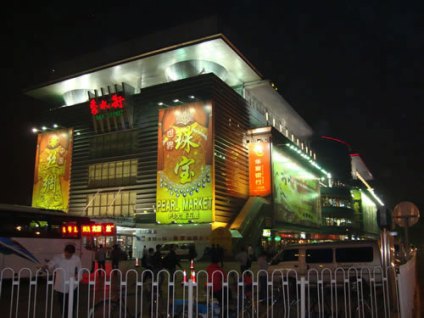 Grabbing this photo from www.cctsbeijing.com bc I was really tired when we arrived here that I did not even bother touching my phone.

Almost every shop sells counterfeit luxury good at relatively low prices. Quick tip: lower your price attack at 30-40 percent of their original price, be firm with your stance and leave. Experience them run after you and ask for your price. If you still do not want to buy given your own price, prepare to get shouted at.

On the top floor, the food court is located. You can choose from an array of Chinese food. So the next time you go the Silk Street, get your acts together and haggle with all your firmness and charm.

I have realized that everything I experienced in this place is 50% real. You might think you may be one of the luckiest groups to visit the area, but think again. You might be fooled around.

Here’s how it goes:

First, you get a guide that will tell you everything about the high end place. Next, they will entertain you in a room and will give you tea and whatever pa-sample products. Then, a so-called manager will come in and share how to distinguish the difference between fake jade and pearl. Then follows the tour saying that the group is one of the best and that his or her trust was gained (by just being happy Filipinos).

You get to tour the place (it is really luxurious with all the security personnel in decent outfit) And then you get low, low prices from the original prices.

Then you buy something and go home. Get the necklace you bought appraised and find out they are fake.

So basically that is it. Bottomline, don’t buy. This leads to the next destination. Prepare your money!

This factory is an educational galore. You will be taught of the tedious process of retrieving the jade deposits and transforming them into world-class embellishments and accessories.

The International Gem Society said that ‘although jade actually consists of two distinct minerals, jadeite and nephrite, they share a similar appearance and toughness’.  Our guide shared something about the difference of China VS Burmese.

This is the Chinese happy family ball. Once one of these gets broken, your family will likewise be. Kidding. 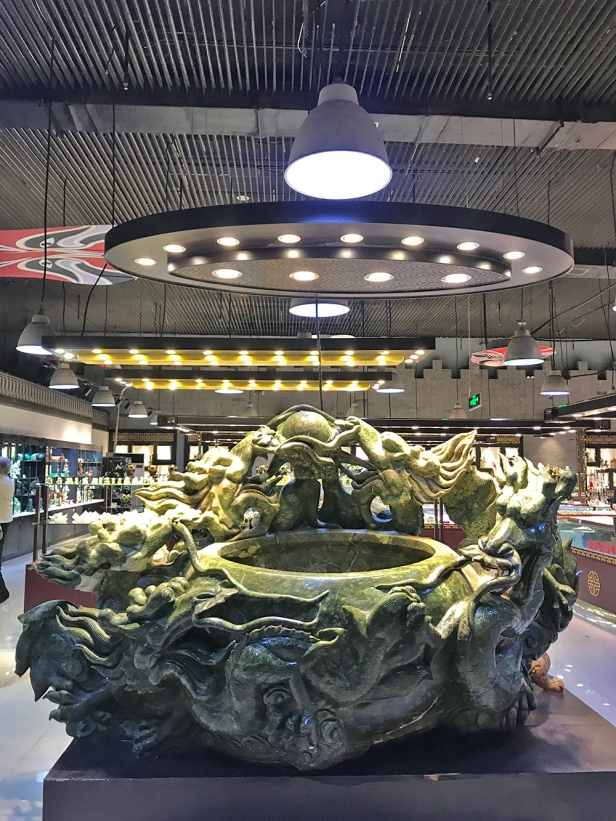 There is an old gemological saying: “If you take a hammer and hit a diamond, the diamond will shatter into a dozen pieces. Hit a piece of quartz and it’ll split in two. However, if you hit a piece of jade, it’ll ring like a bell!”

Jade has a lot of symbolism depending on its size, shape, representations, icon and mixing with other gemstones or other heavy metals like gold. But, Xu Shen, an ancient Han scholar, named “charity, rectitude, wisdom, courage, and equity” as the great virtues of jade.

4. The Tea House and Chinese Gastro-Pubs

Of course, it is not me that is the tea. Tean-dog. Haha! #waley

At first, you will think that this place is just about the tour and sightseeing stuff. No, you get to learn even how to hold a teacup the Chinese way and relatively forced to buy tea. Lol 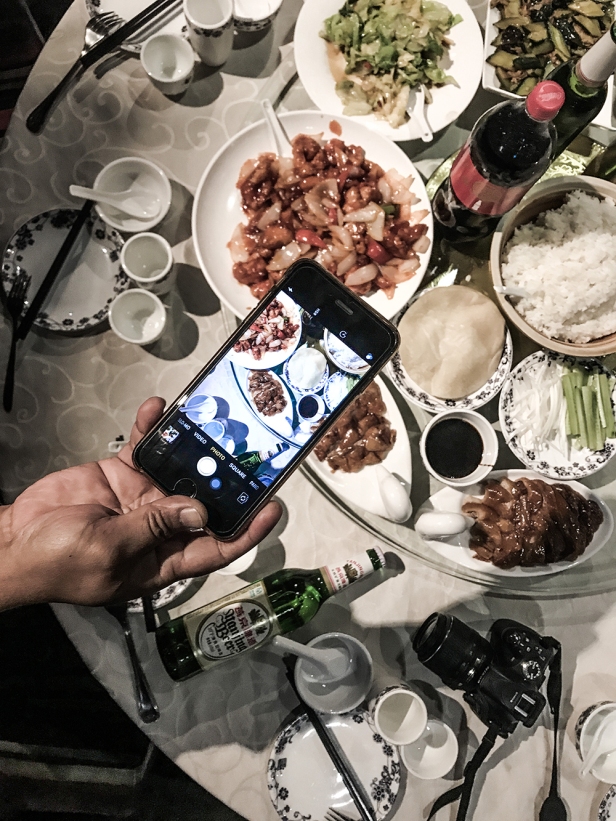 Here are the other food that we had and were almost served to us, or so I thought (referring to the alligator’s head)

The famous Peking duck. It is like lechon of the Philippines, but with a pair of tight thighs. Sexy. 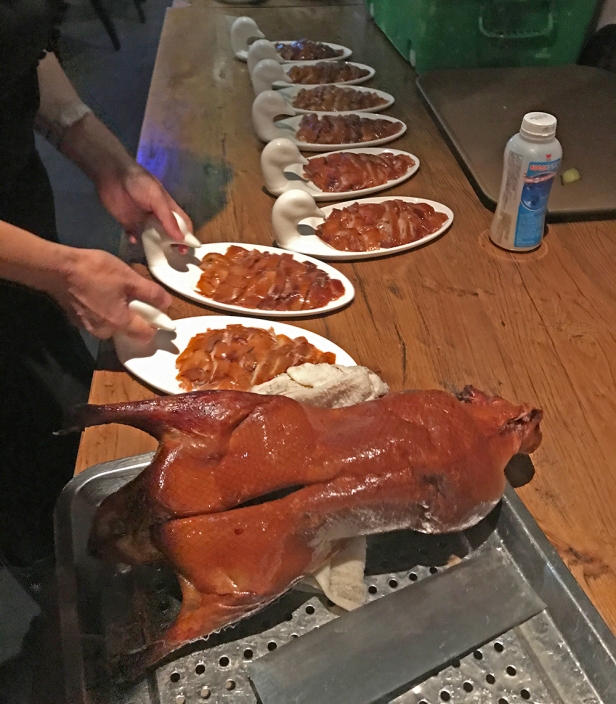 Our craving for something to eat that is not Chinese was satisfied when we got in a mall on our last day and (got) ourselves pizza and chicken! Of course, it meant a lot of sign languages involved and Chinese translator app before reaching the place.

If Japan has Shibuya Crossing, and Korea has Myeongdong, Beijing has Wanfujing Street.

Wanfujing, which means “prince residence well”, is a 1600-meter street that boasts huge store, souvenir trinkets and a variety of street foods. So, since this is a hub for trading and marketing, always remember to bargain. Do not forget to haggle.

Although gaining several tributes for the one-off infrastructure for the Beijing Olympics in 2008, the Beijing Olympic Park now does not avail its purpose; Chinese as they are, they turned the white elephants into a money faucet. 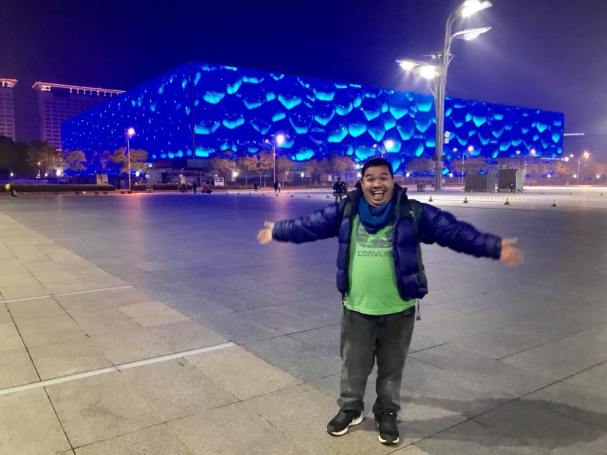 This is Dr. Lester’s  happiest photo in one of the spots of the Olympic Park. Hail the Beijing National Aquatics Center. And with his pretty concubines! Haha!

Designed to have ten venues such as the National Stadium or Bird’s Nest, National Indoor Stadium, Olympic Forest Park, Former Sports Center and China Ethnic Culture Park, it has multi-functional facilities that awed the world when Olympics was held in Beijing. The Beijing’s Olympic Stadium, known as ‘Bird’s Nest’ is the largest venue and costed $471 million to be built which might take China 30 years to pay off.

May be tagged as the world’s largest green neighborhood, the Olympic Village served as the home of international athletes during the global tilt.

At present, the structure serves as the apartments for rents for the Chinese who are interested to live in the place. 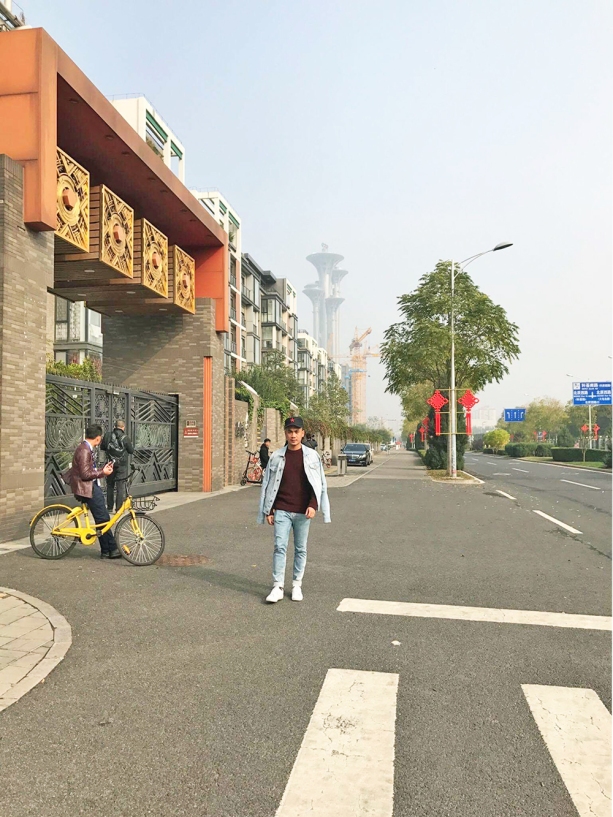 We did not really bother coming in as it was not a part of our itinerary. But I and Dr. Kay got some few minutes to stroll and of course snap the tap.

Now, the budol-budol experience does not end there. Up until this Royal Chinese Medicine School or Store whatever it is, I felt strategies to earn money.

You get to sit comfortably, get a free foot massage, free health check up from Chinese medical practitioners. As they diagnose your present and future health condition, a health package will be likewise proposed to you.

If you say ‘no money’, be very firm about it. Or else you end up spending thousand of your yuan.

If you want your panda hugger dreams to be a reality, stroll around the Beijing Zoo. 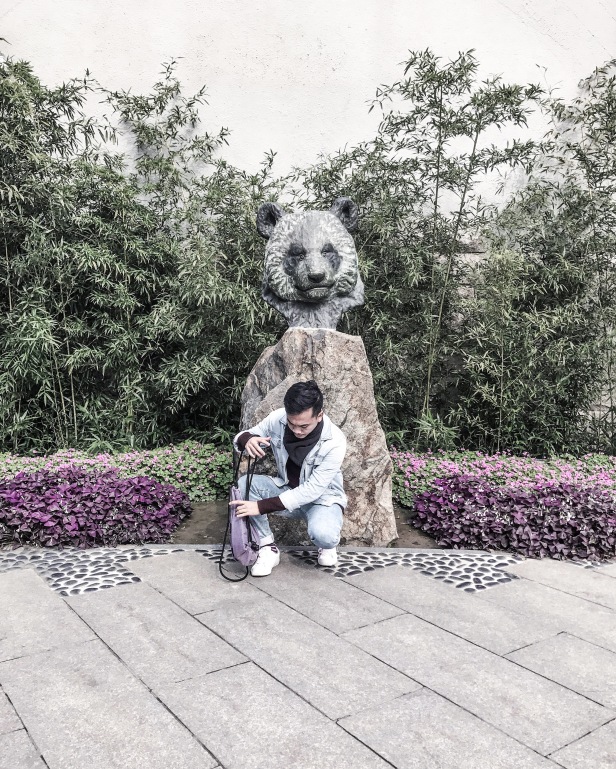 Dr. Kay’s snap of the Panda

Due to time constraints, we were not able to see other animals. There were Siberian tigers, raccoons, arctic fox and polar bear on the other side.

No description on my own capacity can level the outstanding entertainment of this show which is an optional tour.

I got them all recorded on a video.

Looking a little bit like Russia at a glance, this third largest city square in the world is also called the Gate of Heavenly Peace.

When we got in the place, the level of security was high as the government officials were having an ongoing meeting. So, police officers stationed all around the area stood with fire extinguishers with them aside. Maybe because we Filipinos are just so hot. K. 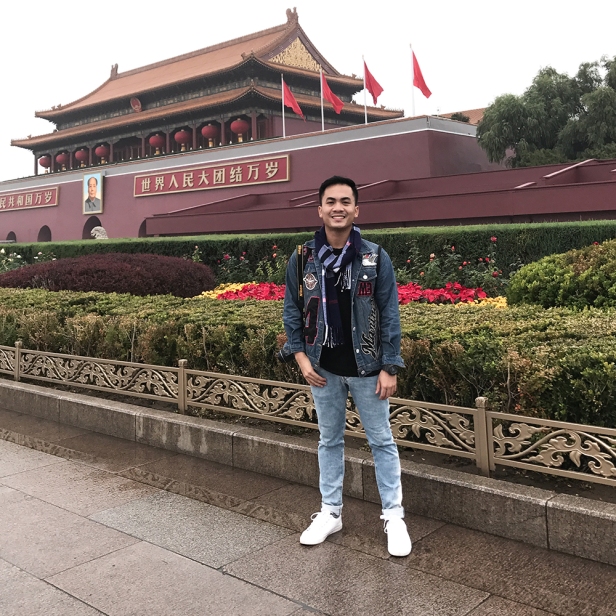 With another long, long walk, you will have a glimpse of the monument of the People’s Heroes and National Museum of China. 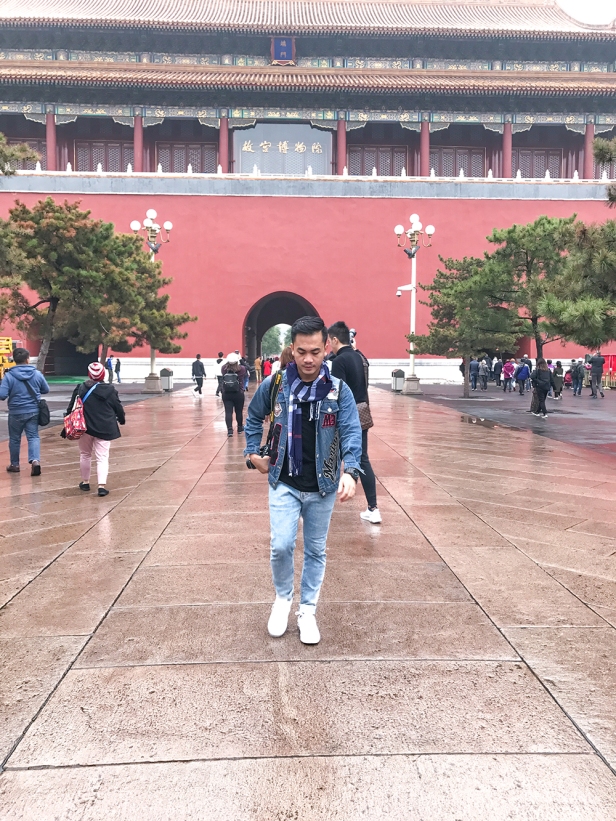 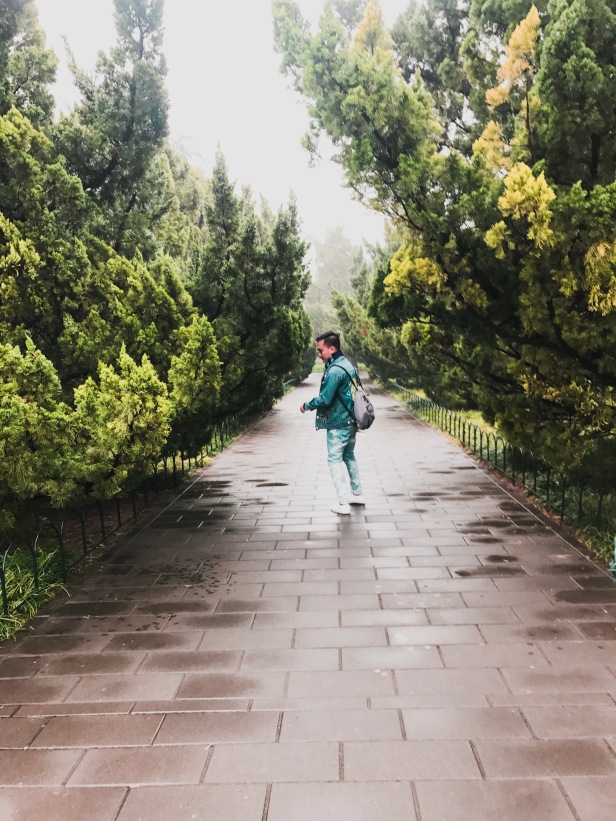 Because of this instagramable spot, we came late.

This is one supreme example of imperial architecture during the Ming dynasty. It is the hall for prayer for good harvest. It symbolizes heaven and earth.

China is definitely one of the countries in the world that has well-preserved historical sites. So if you think gravesites or cemetery plots are only for the dead, prepare to experience long walks, again, not with dead people but with the living ones.

Under the willow trees, snap some memories with the gigantic monuments of ancient armies and other symbolic animals guarding the sepulcher or the mausoleum whatever you call it, wherein the emperors under the Ming Dynasty are buried. 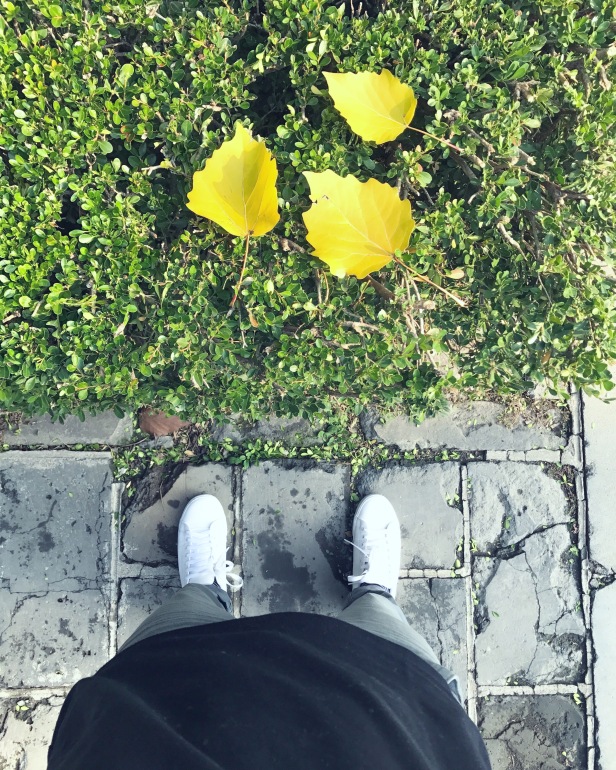 It is perfect to clear your mind having a cold weather and the beautiful colors of autumn.

It is a UNESCO world heritage site. Ideal time is half day but if you are in a rush or on a guided tour, be obedient. 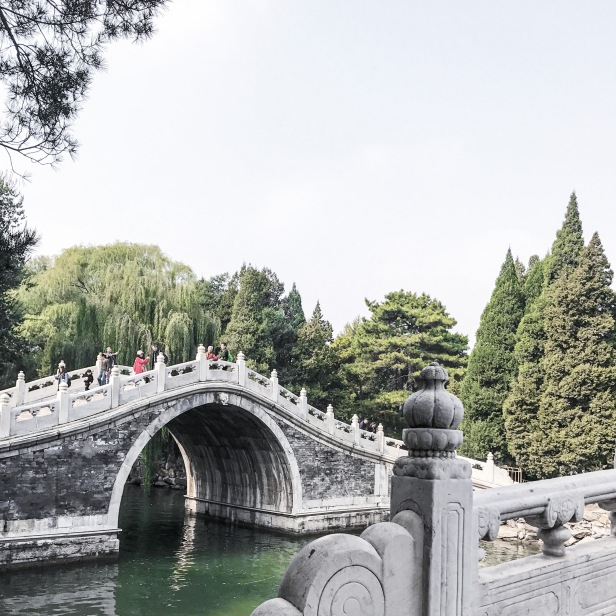 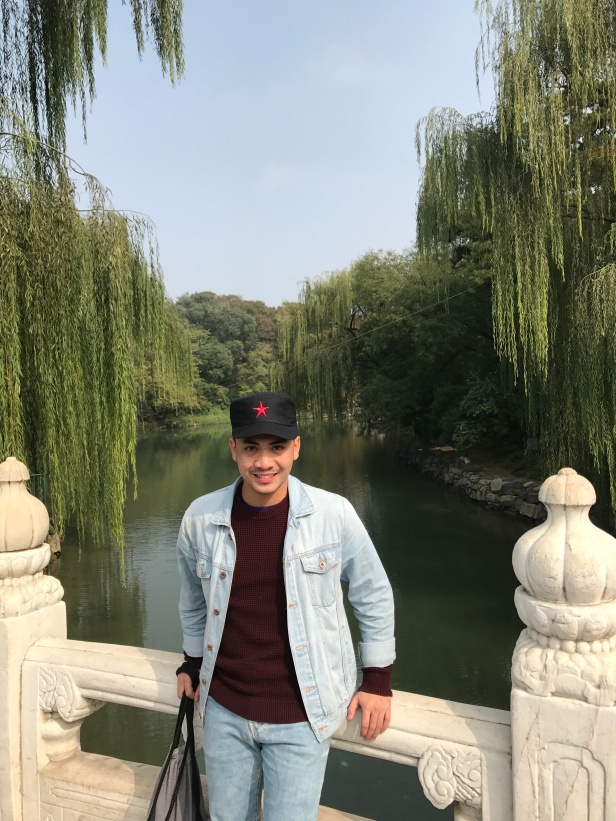 This place is dominated by Longevity Hill and the Kunming lake which is according to our tour guide, man-made. Take note, it is 220 hectares. The lake water is changed every year. In China, indeed, everything is possible even fake rice and eggs.

Me tryna be Chinese with these two Chinoy cuties. Just naturally sleepy all the time.

The Forbidden City is deemed the jewel of Beijing in the ancient times as the emperors lived here. 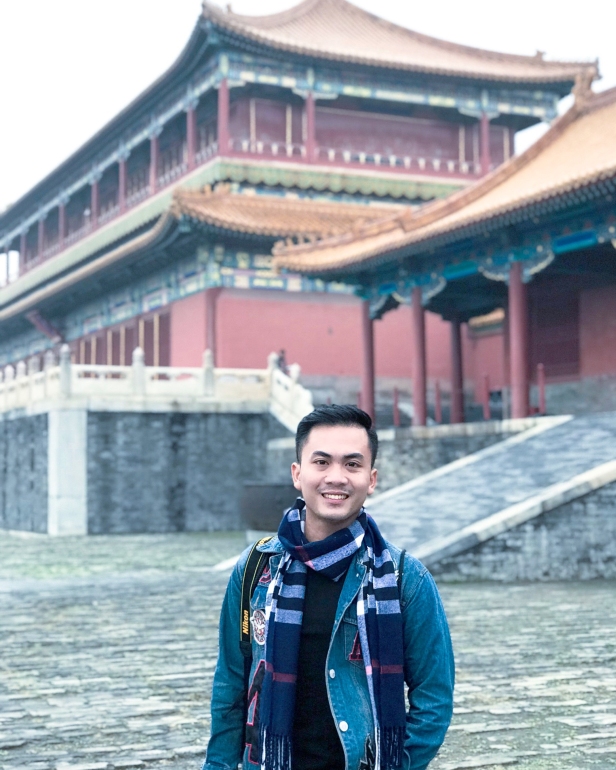 It has a very fascinating history that you wish you personally go there and listen to the native guides talk about various stories of the place.

16. The Great Wall of China

And on top of my list for this trip of course is the world renowned Great Wall of China and the only structure on the earth visible from the moon (but with aid, not with the naked eye). 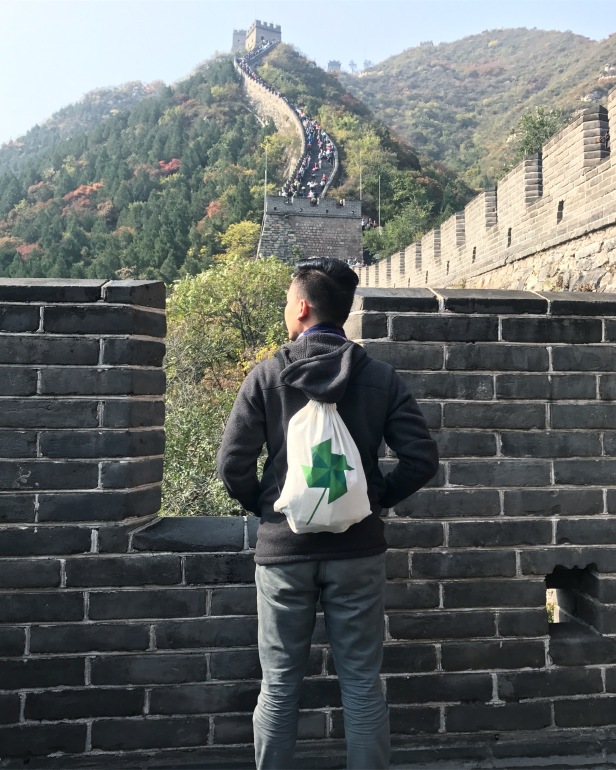 Peek-a-boo is not a taboo. The feeling was just surreal. Felt like a time capsule. Considered to be the longest cemetery in the world, it’s length in the ancient time was  almost 22km (note the equator’s is 40,075 km, almost half) and now the official length is nearly 9,000 km.

One notable legend about the Wall is the story of Men Jiangnu’s Bitter Weeping whose husband died building the wall. The sound of her weeping was so hard and bitter that a portion of the wall dilapidated, revealing her husband’s bones then she could bury them. 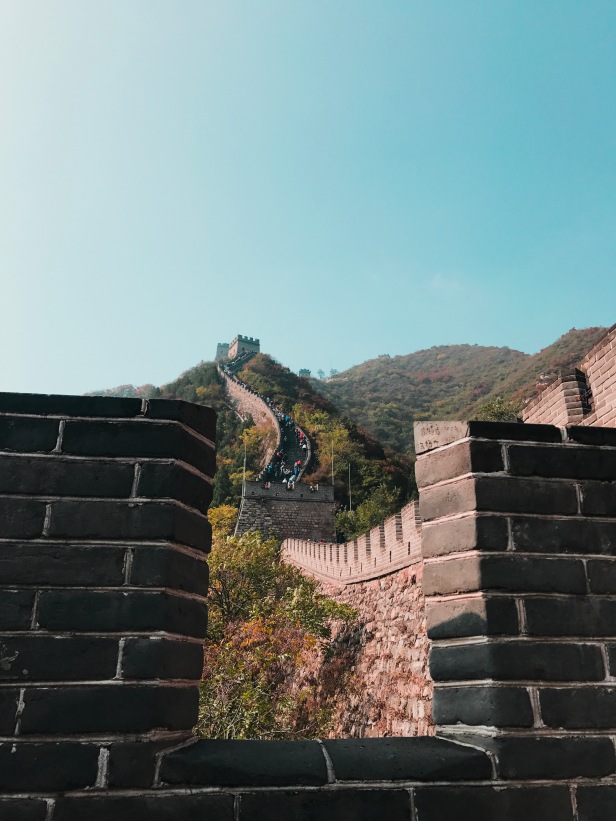 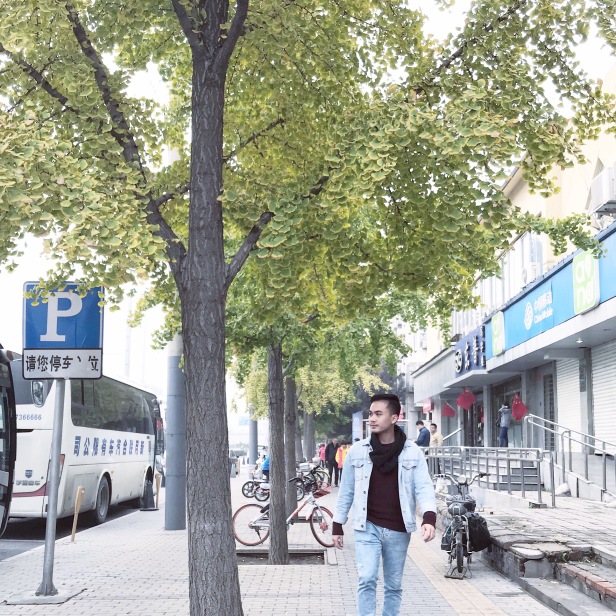 So when you wish to visit this city, get a guided tour and be sure to remember: AGREE to DISAGREE with the proposals of the guide and the people from each destination to avoid bankruptcy and swindles. Beijing for me is very polluted and English resistant so communication is really hard. 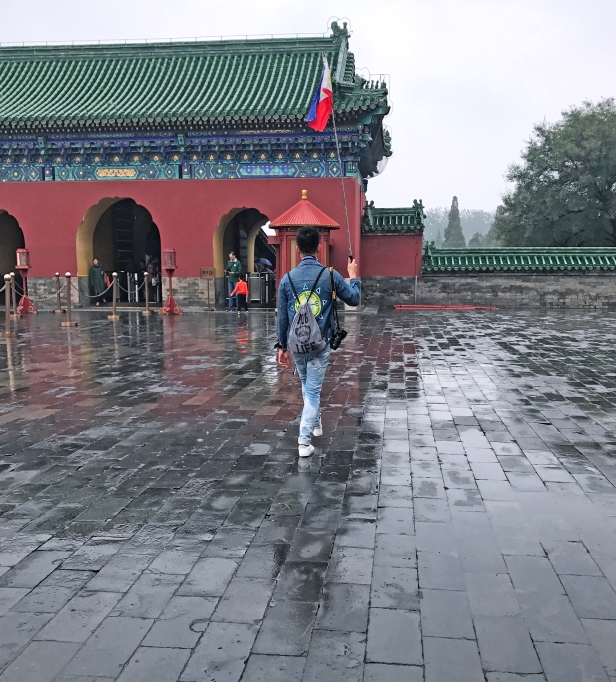 I felt so restless during the trip because of the chock-full itinerary but the places are Amazing. Capital A. But being tired is a part of travelling. When you are a couch potato and a sleepyhead, you deprive yourself of the seeing the world.

So, now, back to the salt mines and work again to earn again and see more of the beautiful planet that we are blessed with. Thank you for the read, loving monkeys!

4 thoughts on “16 MUST-SEE PLACES IN BEIJING”