Six months passed when I have booked my flight from Iloilo City to Puerto Prinsesa in Palawan. It seemed like I am going to have the feels of being a Survivor or a contender in the Amazing Race while plotting the casts and sequence of events at the same time. And indeed I had, minus the pressure and drama. 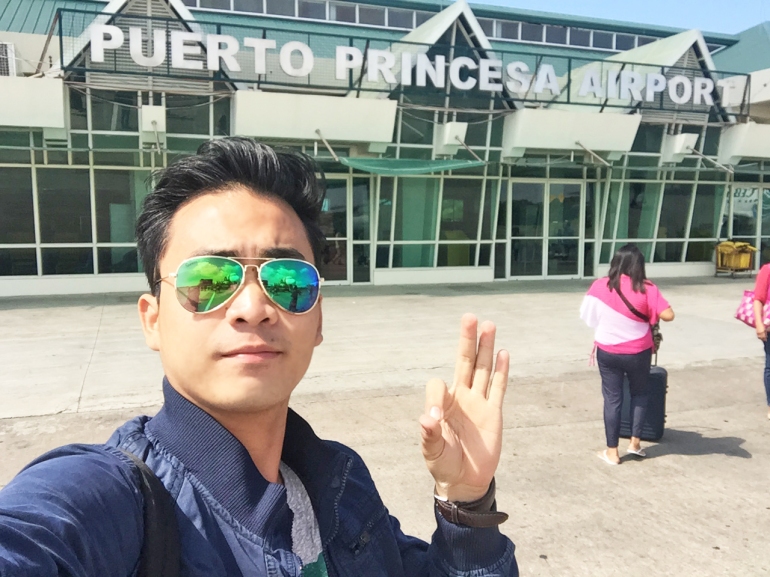 Aptly nick-dubbed as the City in a Forest, Puerto Prinsesa offers a wide range of tourist destinations from the world-class Underground River, Honda Bay island-hopping tour, trails and trek adventure, river cruise, wine and dine, or city and heritage adventures. It can also be the gateway to your El Nido or Coron (Busuanga) travel depending on the package purchased.

This is Cowrie Island, part of the six islands of the Honda Bay tour during the first day. After the airport transfer, we went there directly and we got a very delectable ‘executive’ lunch (since the buffet time lapsed) all for ourselves. 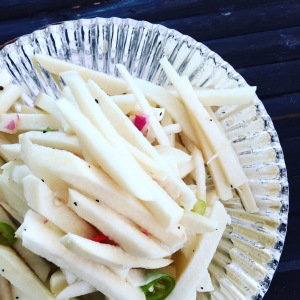 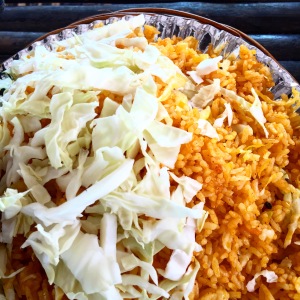 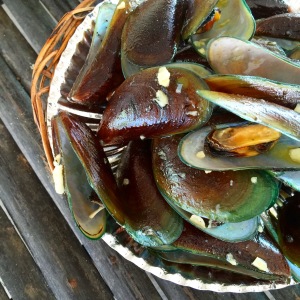 Despite the total land area of 2,381.02 square km, Puerto Prinsesa has a well established tourism and hospitality management convergence and network being the second largest city next to Davao. Backpacking would somehow be a tough idea because destinations are really far from each other forcing prospect travelers to avail of the ready tour packages for convenience and safety. 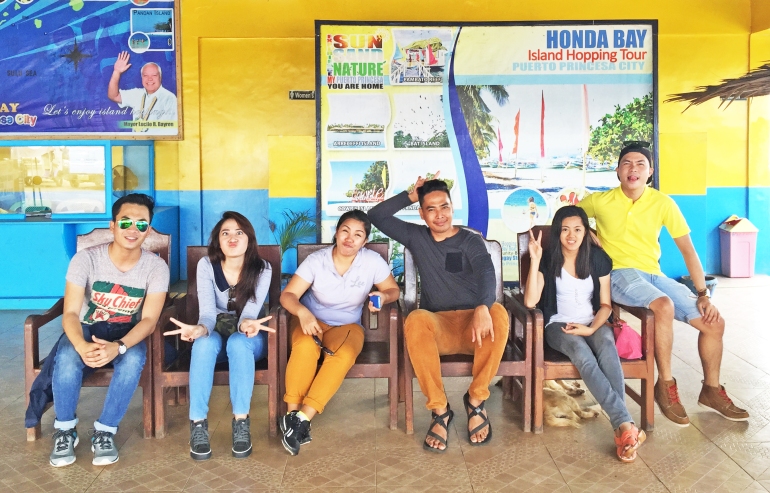 Our tour guide, Sir Jay, had a pocket full of information and jokes that we unfortunately bought just because of the good vibes all throughout the getaway.  While he throws the intel, I bombard him questions of which 95% he answered impressively except for the ten species of fish. Haha! 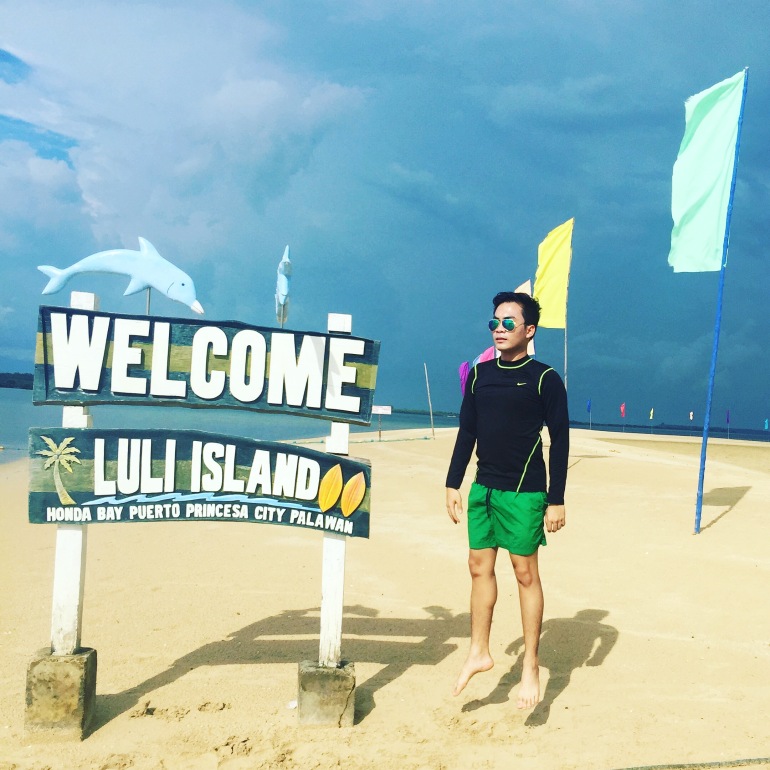 A tropical paradise, Honda Bay is located mid-eastern coast of the city and it got our eyes wide open of the lush all mangrove forest island and stunning stretch of pristine beaches while hopping from one island to another.

With a full stomach and an expensive overrated aqua-shoes lured by a very effective marketing strategy using the notorious stone fish just along the road of some no-choice-but-we-have-to-be-a-semi-opportunist locals. (phew, that was long), we reached Luli Island (etymology is Lulubog Lilitaw, prolly the Filipino term for a sand bar because it plays hide-and-seek during high and low tide). 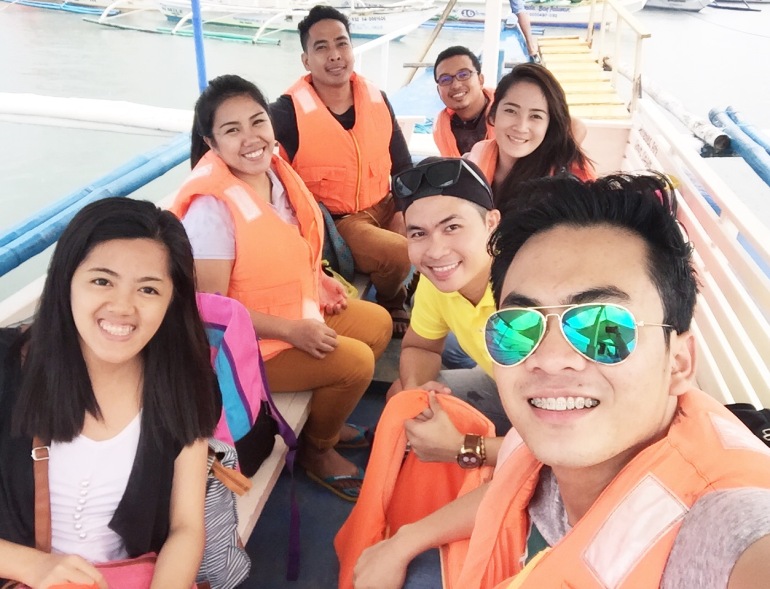 We went boating for countless times but it was rather fun with our new friends from Manila, Joyce, Marlou and Darla (not the Buddha).

We also went to Pambato Reef. From afar, a giant sea turtle roof covers a hug floating platform full of diverse informative materials. It is a marine sanctuary perfect for snorkeling. There is an entrance fee of 50 pesos but we got their easily because of the package we got. Surprisingly, nobody was there to receive us except for a dog named Bantay. 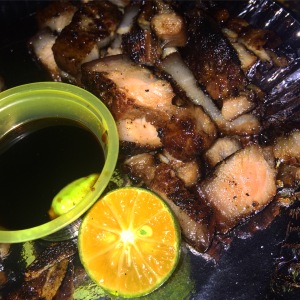 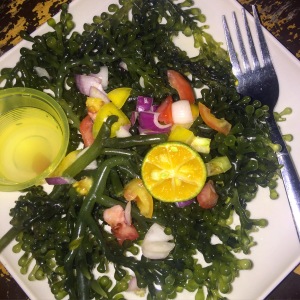 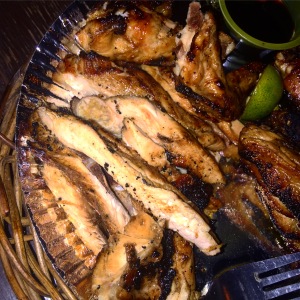 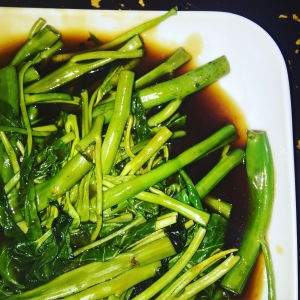 One favorite part of this trip is really the food — cheap but very very mouthwatering and appetizing. They never run out Kangkong (water spinach) and Lato (a kind of seaweed). Dinner was served for 899 pesos only (good for six already) at ‘Baybay’, Puerto Prinsesa’s version of the famous Baywalk in Roxas Boulevard.

The heat was summer on the second day of our tour early in the morning. From our place at Villa Travelista (click http://villatravelista.com/) in the city, we traveled around two hours going to the mouth of the world class Underground River.

This refreshing panoramic marvel awaits after a 30-minute boat ride from the port. Traffic congestion is caused by the boats and be blinded by the orange costume breakout, the compulsory life vests. No worries. Haha!

This is no honey-potting nor honey dicking of all possible positive persuasion for you and your friends to go there but the water is crystal clear and very much enticing that I want to break the rules of ‘swimming is not allowed’ and apologize, ‘sorry, mate I got my foot wet I need to take a bath to avoid rheumatism’.

Boat ready. Pretty interesting is the discipline of the people to which I think is because of the strong linkages of all the stakeholders and the implementation of apposite policies in the boosting of this tourism wonder.

They have a specialized tour guide for this 1.5 km boat tour, seated at the rear of the boat. The person in front follows the order of where to direct the light because it was pitch-dark inside the cave.

Discussing the history and introducing the different rock formations and stalagmites and stalactites, the guide kept on cracking jokes. Because of the good vibes and of being just at awe of the place, we bought all of it no matter how corny they were.

Some of the breathtaking views inside the cave while absorbing the stinky dung of the bats. 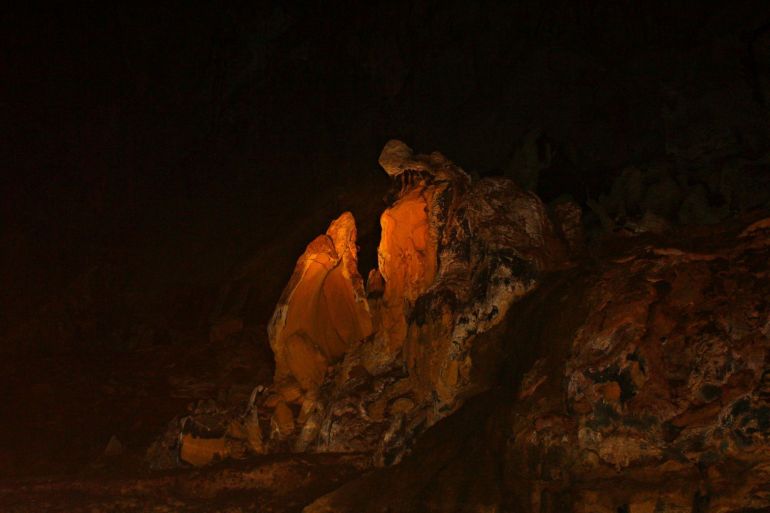 And so many more that the guides prepared as part of their fun and entertaining script. 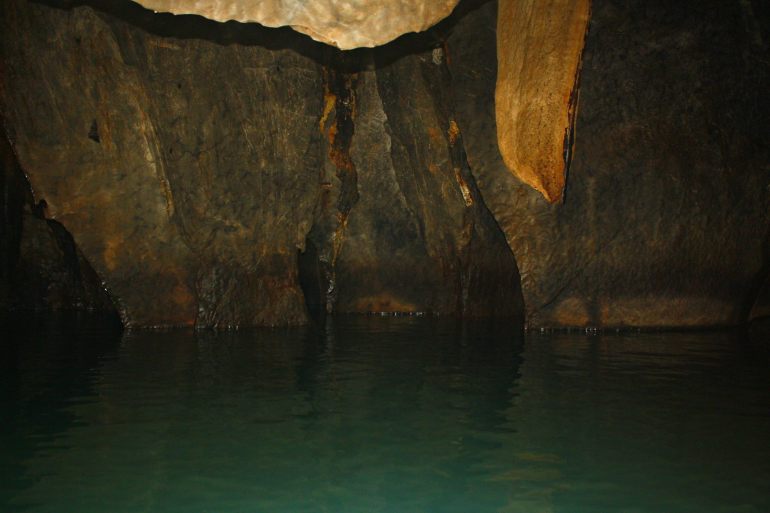 It is a perfect blend of history and mystery, both fused into one strong cup of attraction. The tribe that once lived there indicates the sacredness pf the place thereby entering such was never an option for them not until archaeologists caused its discovery and continuing researches and studies, and the weird feeling of the formations inside not being touched, like nobody knew when.

Puerto Prinsesa Subterranean River National Park has also received so many recognitions not only in the country but all over the world. Here are just some of them, arranged in apple-pie-order at the entrance.

Going out of the area, the experience was very fulfilling we didn’t want to go back to the city bustle.

We dropped by this landmark on our way back to the city. Amazing.

Last stop. Ugong Rock Adventures. It is a community-based tourism project of the City Government and the ABS-CBN Foundation Inc. capacitating the locals and especially to empower the women to maintain a tourism destination that offers caving, spelunking and ziplining while having a livelihood at the same time.

I’m so happy I got my signature shot in one of the best island in the Philippines and in the whole world!

Though it felt lacking because my good friend Clarisse hasn’t come, I sure had fun with some new friends from Manila. 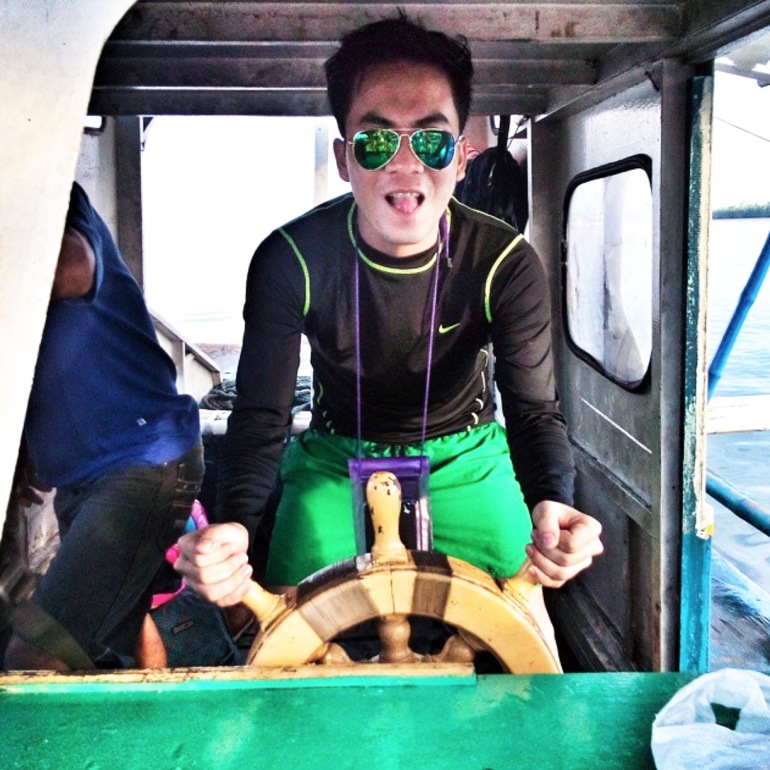 This is what I like about travelling. I get to meet different kinds of people while sharing stories of fun through photos and words. I have unearthed the wonders of Puerto Prinsesa in two days. It’s your turn, my friend.