Don’t eat while reading the next paragraph at the same time.

I felt like I was with my buttcheeks together when I wandered in the North. I had to go through some shits in between them but with each of the buttcheek together, full and firm, I managed to carry on and enjoy the ride of heritage and culture. I’d rather not discourse about those shits, it might prevent healthful living. 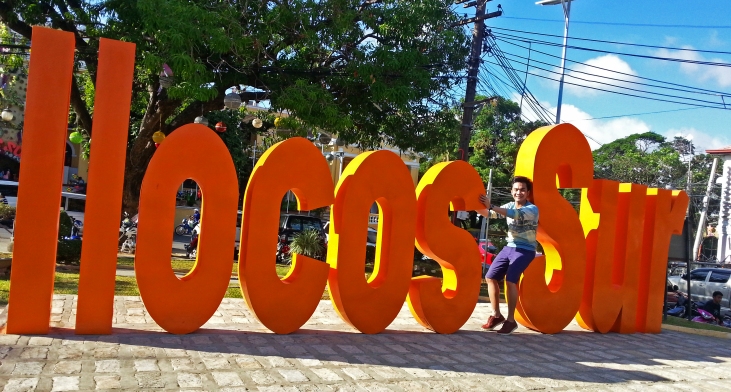 The gateway to the North is Laoag, the Capital City of Ilocos Norte. It can be reached by air through any airline of your choice, and by bus if you opt to survive a ten-hour bus drive. 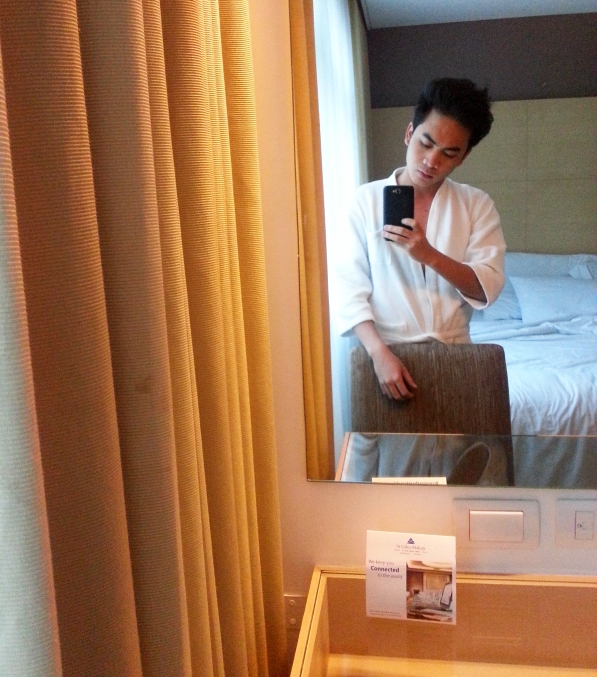 Due to an airline problem, we stayed at St. Giles Hotel in Makati for a night because there is only one flight schedule of Manila to Laoag. Luckily, I owned this gorgeous high-end suite since I was the only guy in our group. I made sure to secure all the could-be-brought-home amenities, swarmed my cells in the bath tub, slept with the bath robe and took a selfie protocol.

The hotel, little did I know, has international standards because of its global counterparts in New York, Kuala Lumpur, London and Penang. It is in the heart of the  central business district, a few steps away from the vibrant nightlife and corporate business sphere of Makati City.

Y.O.L.O. and I was ready to quit school because I have tasted the best breakfast in my 24 years of existence. That bountiful bacon strips will tell the story of what were the turn out of Cebu Pacific’s inefficiency. 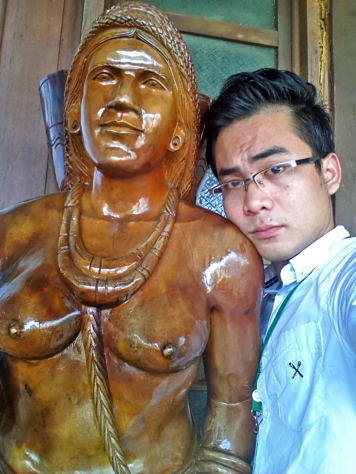 When in Laoag City, we stayed at the Grand Octagon Hotel, though I retract recommendation for staying in there. Good thing, I was able to feel the drift voyage at the mercy of Philippine wooden artifacts reflecting their epic potency. Great notice were the Biag ni Lam-ang or Machete inspired sculptures which were also scattered at the Ferdinand E. Marcos Presidential Center where his remains lie.

These promotional brochures were given by the designated Tourism staff of D.O.T., a very helpful trail if you want some guides in traversing the grand presents of the Ilocos Norte and Ilocos Sur.

Laoag International Airport physically displays the rich heritage and culture in the North, too. Exemplified by the historic brick layering architecture and warm over-the-hill interior, this sole terminal is an eye-candy to international tourists and an icing on the cake for the Filipinos to taste.

On our way to the South which to account is an hour and a half away (using a private vehicle) and more than two hours far (by commuting) from Laoag City, we dropped by at some plazas in the vicinity of Vigan City.

We decided to get my pasalubong outside Baluarte zoo and had an encounter with the animals- the cute collections of Governor Chavit Singson. It was my first time to have been in a zoo and was actually strange. I felt like I have become a bad person and I couldn’t imagine myself getting near the ostriches, the tigers, the camels, the llamas and even the birds. Maybe I represented the growing number of selfish human beings enduring the cause of destroying nature. 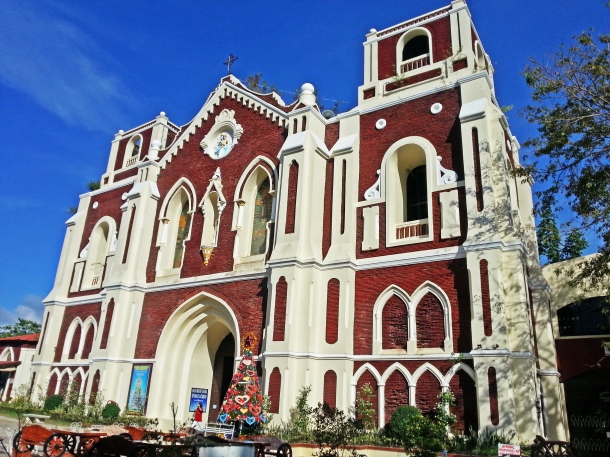 For years, Bantay Church has served as the Sanctuary of Nuestra Señora de La Virgen de la Caridad, the Queen of Ilocandia. 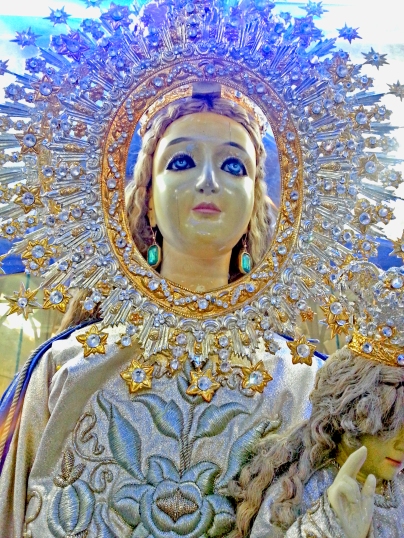 The moment I had touched the face of Virgin Mary developed an eerie feeling inside developed especially when he (the old man) attended me towards the altar inside the Church that housed the renowned-miracle for so long a time and told me of how this was found by a fisherman. And when I got out, a couple was deeply praying, kneeling and crying. 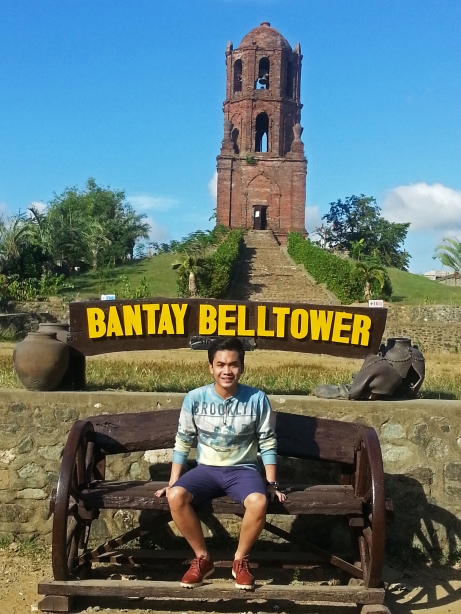 The Bantay Bell Tower stands picturesque at the left side of the church.

The City Hall of Vigan is very location-wise, central.

And after my adorable butt cheeks heated on the van, seeing Calle Crisologo right through my inward eyes was breath-taking. This street is open for public. 50 PhP is charged for a thirty-minute kalesa ride. People taking pictures everywhere. Horses sweeping the brick-paved tracks. Voices of awe from my friends reiterating to have their photos and the historic moving milieu as the backdrop. 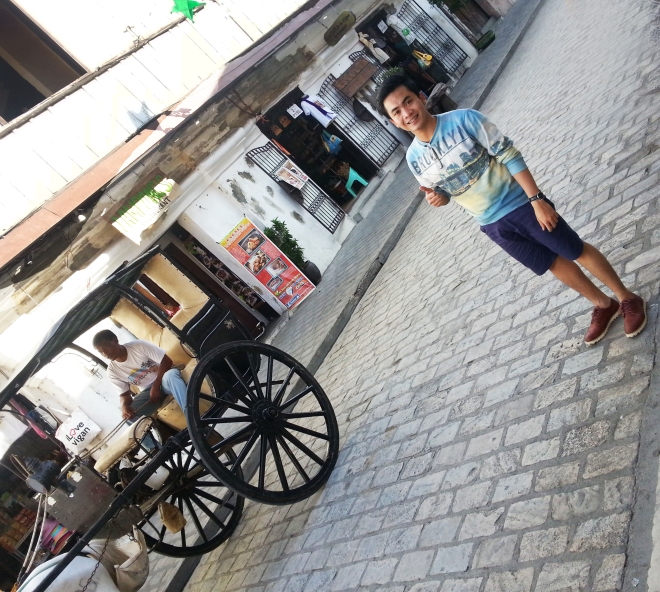 And (mthrfckn) yeah, just after a day when Vigan was declared one of the New Wonder Cities of the World, I was able to be there, stepped on its land, left a thumbs-up, kalesa and horse tail on the side, and shared a smile for all the friends to envy.

2 thoughts on “Butt Cheeks, Vigan City and the Heritage that Lies in the North”