I am definitely going back to the mother of all cities in the Philippines and the Queen City of the South. Reasons would start from my personal over-the-weekend excursion engagements down to the commercial districts and places I have not been to because of time curbs.

I have listed things on my note while on travel and some others suggested by my friend bkirbykeith.wordpress.com which I think would make me go back to Cebu City.

1. They have functional traffic lights. I am a proud Ilonggo supporter of traffic regulation and in Iloilo City, they call our traffic lights “stoplight” not because they help regulate heavy traffic but because it serves as an unloading area only.

2. Cebuanos love English. They prefer speaking the universal language instead of any Filipino dialects.

3. Kuya J’s Grilled Boneless Bangus. At first, it looked like a foil covered roasted chicken but beyond deceit, it was just the most delectable.

4. Brian’s Ribs at Casa Verde. My travel buddy Jaime is not a beef lover but he liked it because it didn’t taste and smell beef at all. 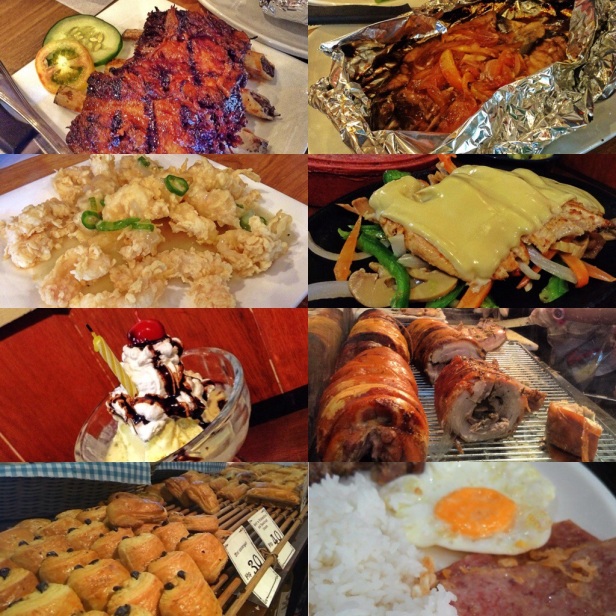 5. Simple to complex food on menu. I was really hungry.  I ordered a simple mushroom-cheese-chicken dish. Had a hard time thinking how to eat the food I ordered so I ended up devouring it and stealing my buddy’s rice on the other plate.

6. The Best Pig Dish. Cebu’s suckling lechon pig dish is one hell of a gastronomic experience in the Philippines.

7. Spicy Boneless Lechon to top. It doesn’t need any condiments to augment its explosive flavors. Go to a bazaar at the Cebu I.T. Park and drown yourself to it with a lot of 2-peso bite size ‘puso‘ (banana or coconut leaf wrapped rice).

8. Marcelo Fernan Bridge. One of the longest and widest bridges in the Philippines connecting Cebu island to the nearby Mactan Island.

9. Route of jeepneys are boldy inscribed, big enough to be recognized from afar. This is very helpful to those who have eye problems. Names and locations are magnified.

10. Mall Rat Badge earned. I have unlocked this badge on foursquare because I really enjoyed and loved the Ayala Mall. Full packed and perfect if you’re rich. 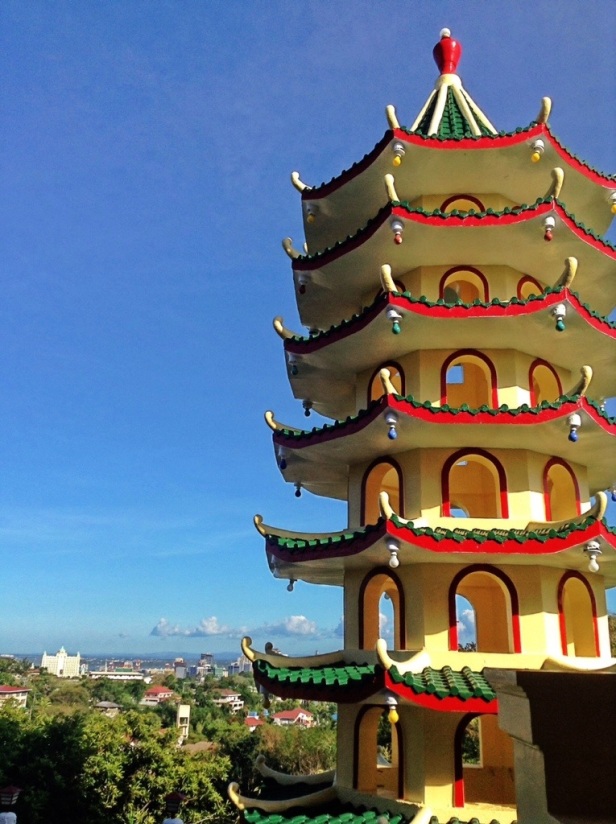 11. Jump Shot at the Philippine Taoist Temple. Located at the affluent Beverly Hills, see Lao Tse by visiting Cebu City’s Taoist Temple where jump shots are sins and have a look at the majestic city view.

12. Seven Eleven and elevators everywhere. Iloilo City has I think only one store.

13. Unresponsive taxi drivers. They won’t talk unless you talk first but they’re amiable and nice though. Perhaps because just we talked in Filipino all the time. 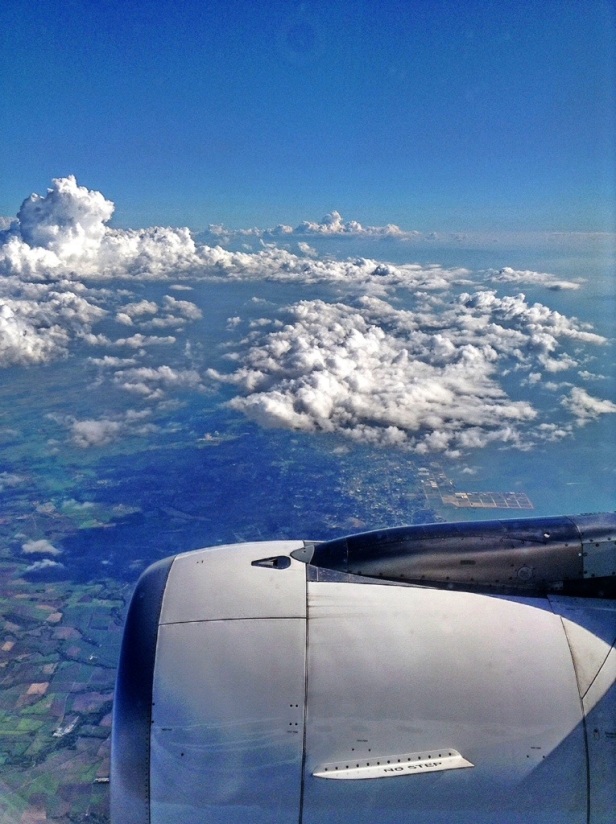 16. Lucky Charms and Cystal by Joy Lim. Taking of pictures is prohibited. The next time I’m going back there, I’ll tell them I’m having a selfie.

17. Scorching heat. Double the heat of Iloilo City minus the Guimaras cold breeze. I call it sweltering. I love you.

18. Business centers in two years. I guess I’ll get a good job if I choose to live there because of the buildings and all the other building soon to rise.

20. Hotel Pier Cuatro 101. Buffet breakfast is a must. It’s orgasmic for reasons I can’t collect.

22. City Government Seat. Public office is a public trust will not be a chestnut since everyday all the employees and officials could see that up high, above them all, governing them all. I hope. 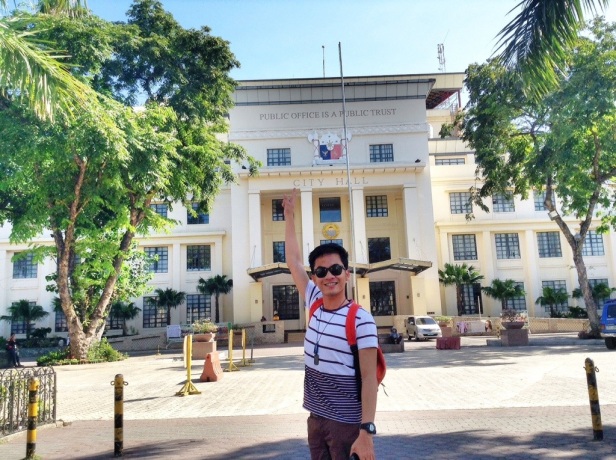 23. Magellanifico. The historical cross is now wood-braced but seeing it by your inward eyes is so… tectonic to me. Excuse me for the adjective. 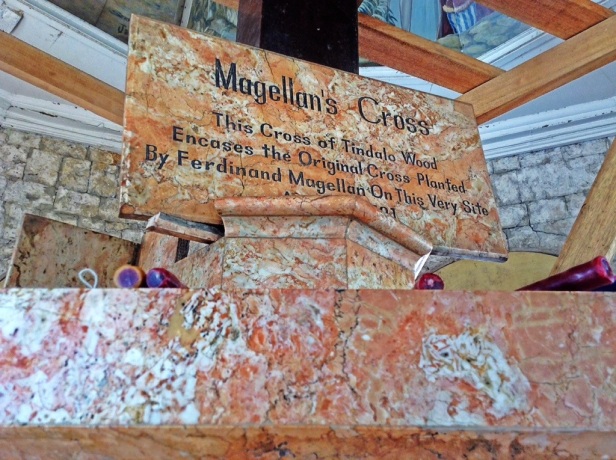 24. Yellow ladies. I am not a supernatural causality kind of guy but I think it’s better to be preventive these days so we decided not to avail the services of the said ladies. Got one to lie on the floor and got a picture with the cross instead. 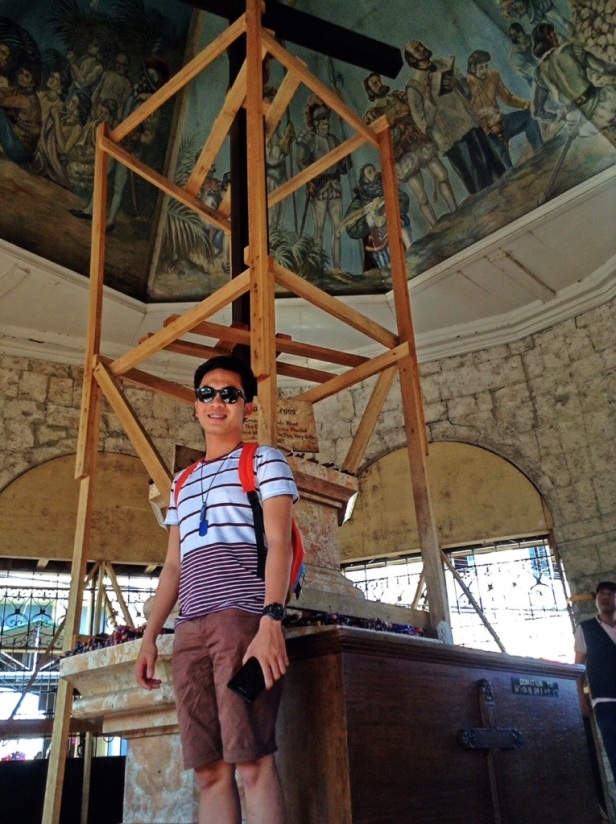 25. Vis-à-vis. I appreciate the location of the city hall and Magellan’s Cross. I’m thinking of the political connotation of it. A microcosm of the authoritative history to the present administration.

26. Awesome club music. At the Mango Square seated are bars and restos for the nocturnes where the club music is really awesome. And my brother agreed to that that even his Ilonggo DJ friend told him once that Cebu has the best jockeys.

28. Dark streetsides. Their streets at night aren’t that illuminated.

30. La Vie Parisienne’s cheese and wine. Excuse me for my French but it’s crazy how a tansan-sized cheese amounts to 30 pesos and a thousand for bigger ones.  But it’s good with wine, I hope. The wine cellar is also pretty just next to the pastry shop and cherry blossom lights blanketing the area.

31. The Pink House and Princess Sarah. When Josht and I asked of the bestseller, they gave us an iPad complete with all the information of the said dish. Dishes I have never met in my entire life. And the waitresses were dressed like those 16th century nannies.

32. Mahogany Autumn in Dolce. Bird’s eye view of the city was perfect with the milktea, awesome friends and the surprising scenic falling of the mahogany leaves.

33. Raddison Hotel is not a five-star hotel. It’s scary according to the taxi driver. many people died in there, daw.

34. Weird tocino meal. It looked like tocino but it’s dubbed as pepper steak.

35. OPM lovers. The entire time of hopping in and out the cabs, the songs they played were all original Filipino music.

36. Go to Tops. The next time I’m going to Cebu City, I’ll go to the Tops Lookout, a view deck perched on the summit of Mt. Busay where while on its apex, you can see the entire majestic Cebu City.

39. Jaime, my travel buddy, didn’t like it at first but resulted otherwise when we got there.

40. It was just love at first sight. I love Cebu City and I’m definitely going back there. 😉